As the production of Dying Light is about to be wrapped up, PS Blog took some time recently to sit down and reflect on the incredible adventure the development of this game was. The team members made me promise that at the release party for the game, I’ll perform a rap song for them (Don’t ask…) and I wanted to write lyrics that would recount the time we spent on this project. 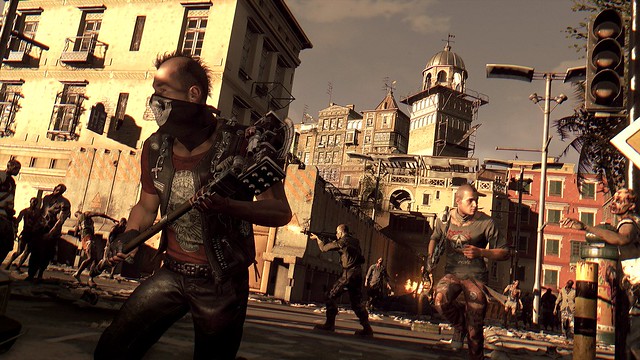 As I started digging deep in my memory I realized that I need to face one (perhaps the only one) personal regret that I have from that period. Early in the game’s promotion, I said in one of the interviews that I’m not really fond of the “Mirror’s Edge comparisons” journalists were making about our game. Taken out of context it might have sounded to some ears that I didn’t have respect for Mirror’s Edge, and it was certainly spun that way by some online media and internet commenters. That’s not what I meant!

What I meant was that Dying Light is a very complex game, and I simply wanted it to have a better, more accurate description. I sincerely felt that in our case the blurb “It’s Mirror’s Edge with zombies” didn’t really do justice to what we aimed for with Dying Light.

Some would argue though that such a summary is great. Perhaps even a dream one. Right after the announcement of the game, people started describing Dying Light as “Dead Island meets Mirror’s Edge.” So on one hand we had one of the bestselling zombie games in history and on the other a certified classic — one of the few truly stand-out titles of the last generation.

Dead Island proved that the “first person open world co-op hack’n’slash zombie game” formula was something that gamers wanted. And Mirror’s Edge… well, it opened a lot of eyes to what you can do with first person movement. It was a title with a timeless visual design and one of the most genuinely charismatic characters in the history of video games. I was surprised that it didn’t start a new genre, and that it didn’t define a new way of playing games. I wish there could be more Mirror’s Edges — games that are courageous, visionary, left field. These are the games that make interactive entertainment go forward.

And that was our ambition as well. When we started the project, we knew that we want to create a first-person, open-world game that tears down walls (visible or not). We aimed to create a game that would allow you to step outside of the corridors, hop over fences, climb on top of a building to see what’s on the other side. 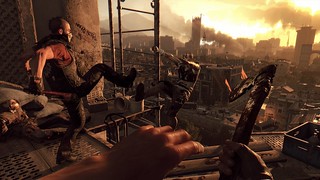 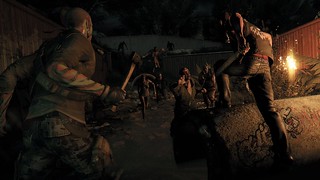 To achieve that we started with an approach similar to what Mirror’s Edge did — we started placing interactive elements by hand, putting “hooks” on edges of rooftops and walls so that the player could grab and climb on them. First there were hundreds of them, then there were thousands, and after a few weeks we had about 50,000 of these edges the player could interact with. That system had its advantages — for example, we always knew were the player will be after triggering the climbing animation — but it also had its limitations. The player could approach these objects only from a certain angle, and it was a nightmare to keep track of all the objects, making sure that level design changes will not leave them hanging in the air.

Yet the most important thing was we still weren’t satisfied with what we had, because with each added “hook” we saw at least two or three locations where we would like to place the next one. Our appetite for freedom of movement was growing, but the approach didn’t allow us to satisfy it.

So we had to try something different. Our gameplay programmers suggested that we could do a real-time time analysis of the area around the player to determine what kind of action he could perform — i.e. climb, jump over, slide, or wall-run. If the same system could then analyze the surrounding geometry, player parameters (like his speed and position) and potential animations to select the best possible action on-the-fly then we could have what we wanted. Unfortunately, it was the perfect case of “easier said than done.”

Even though we knew from the start that this new idea — dubbed Natural Movement — had way more potential, implementing it really gave us lots of migraines.

The level designers discovered that with the new system the player could reach places previously unreachable, and on top of that he can also create his own paths through the environment. The scripts and designs they already made went out the window so they had to create all of the main story and side quests missions from scratch, considering the fact that the player can move from point A to B using multiple ways, and that they can approach their objectives (point C) from multiple angles. It’s an open world game, after all. 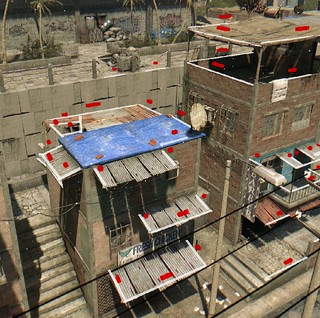 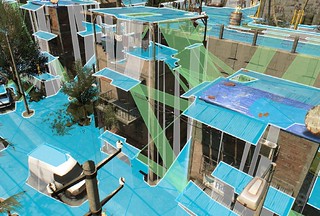 The animators found out that without strict control over what the player can grab and climb on, all of the animations they did are prone to clipping through objects. We basically opened up a Pandora’s Box of various glitches that we now needed to take into account. They also had to fix a set of very unusual problems stemming from the notions of motion sickness a small group of players were experiencing. We discovered the problem was quite easy to identify: the player’s brain sees unrestrained motion but his inner ear doesn’t register any movement. It was much harder to solve this though: we had to experiment with various settings for field of view or the saturation of colors. We also went through at least dozen iterations for the wobbliness of camera movement and we needed to work on interpolation algorithms for different cases to make sure that the camera (essentially the players’ eyes) were moving smoothly and naturally.

The AI guys had to think of new ways of spawning enemies, so that the player, who could be basically anywhere on the level, would never see a zombie just appearing out of thin air.

And our engine guy — and here it gets even more complex because at times I feel these guys speak in riddles — had to implement a caching mechanism on the level geometry around the player, and seriously optimize the geometry tracing algorithms to make everything work as smoothly as we intended it to be.

And to be honest that’s just a tip of the iceberg of problems, issues and challenges we had to face and solve to reach the point where we are at with the project at the moment. So while Mirror’s Edge was absolutely a key inspiration, copying their system just didn’t work for us. Looking back I wish it was that simple.

Thankfully though every hour spent on the development of Dying Light was 100% worth it. I know the gaming community expects developers to stay humble, and one of the many valuable things I learned in this industry is the fact that it’s always better to “under-promise and over-deliver” than the other way ’round.

But I’m really excited about Dying Light, and I can’t wait for player to get their hands on the final game. I’m beaming with pride, because I know that our team created a game and a movement system that will open a lot of eyes. I’m confident that we have at least a shot at “evolutionizing” first-person games in general (I always was wary of the letter “R”). I can’t wait for player to see this thing in action and to hear what they think.

WB Interactive, TT Games And The LEGO Group Announce An Action-Packed Slate of LEGO Videogames For 2015